For the second year in a row, the COVID-19 pandemic has forced the suspension of the 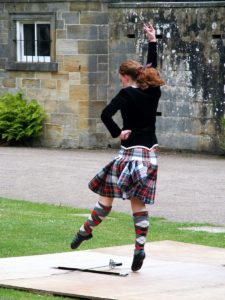 Antigonish Highland Games. The President of the Antigonish Highland Society Bill Fraser says after considering the current social gathering restrictions and expectations of what the rules might be in July, the board decided at its March meeting to suspend the 2021 games.

Although the games won’t proceed this year, Fraser says the society is working on appropriate ways to celebrate Gaelic language and culture.

Fraser says plans will be announced in the coming months.

Fraser says work is also underway on the 2022 games in hopes of a grand comeback after a two year hiatus.

A 62-year-old Pictou County man is facing several charges including weapons related offences and Uttering Threats in connection with an incident this week. Police say on Monday, officers were called to a home on Reservoir Street in New Glasgow after receiving a report of a man who threatened an animal control officer with a weapon. […]

Central Nova MP Sean Fraser says there are a number of measures in this week’s federal budget that will be welcomed by residents of his riding.  Fraser says the budget aims to maintain a focus on defeating COVID-19 as quickly as possible, creating jobs and growth in communities and setting the stage for a recovery.  Fraser says in fighting […]

Local Players named to the Nova Scotia Under 18 Major Hockey...