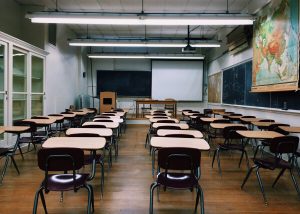 absenteeism from local schools over the past number of weeks.

When asked about the numbers of students out sick, SRCE regional executive director Paul Landry pointed to a recent press conference held by Dr. Robert Strang, Chief Medical Officer of Health, and Dr. Andrew Lynk, Chief and Chair of Pediatrics at the IWK Health Centre, regarding respiratory ilnesses in the province. During the conference, the doctors noted while covid 19 cases are declining they are seeing an increase in colds and flues.

Landry noted with an increase in these respiratory illnesses, we can expect to see an impact on schools.

Landry called it a monthly overall absenteeism percentage, noting it is sometimes higher or lower in some school communities, adding they saw an increase in absences in most local school communities over the past few weeks. While absences can be for a number of reasons, with it being flu season, Landry said they know a lot are due to illness.

Once they get out of flu season every year, Landry said they usually see numbers return to the normal range, which is typically 8-12 per cent. Since the return to school in September, Landry said they have been following public health guidelines, which includes encouraging vaccinations, frequent hand washing, and staying home if unwell.