Amy Walsh, the executive director for Hockey Nova Scotia since the fall of 2018, was recently 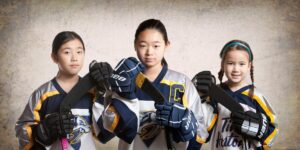 named to the NHL and NHLPA Female Hockey Advisory Committee. The aim of the committee is to accelerate the growth of female hockey in North America

In December 2019, Walsh spearheaded the Hockey Nova Scotia Diversity & Inclusion Task Force as part of a comprehensive response to past and present incidents of racism, discrimination and abuse in hockey resulting in hundreds of recommendations, mostly from first voice experiences on how to make the game safer and more welcoming for all.

In 2020, she co-founded a hockey lap in partnership with Bauer, a movement that aims to promote systems change in the sport. It is believed to be the first of its kind in the world.

Prior to taking the helm at Hockey Nova Scotia, she worked as director of sport development with Sport Nova Scotia.