An Antigonish native and musician says she has to pinch herself daily to confirm that her latest opportunity isn’t a dream. Anna Ludlow says that she has been 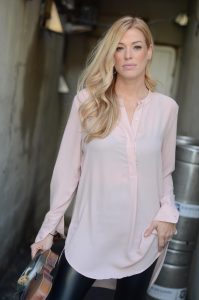 casted to be the lead fiddle in the Canadian production of the Broadway show; Come From Away.

Ludlow is currently practicising and rehearsing for the show in Winnipeg, with dates also scheduled in Toronto. Ludlow says being a part of the cast ranks high on her already impressive musical resume:
According to Ludlow, the show, which is slated to run in Toronto until late in the summer, has a cast and crew of over 100. Ludlow says that growing up in Antigonish makes her appreciate the play more, which focuses on Gander Newfoundland and their response to the 9/11 terrorist attacks in New York.

There are ten new cases of COVID-19 In Nova Scotia.  Provincial Health officials say all of the infections in the Central Zone.  The number of active cases of the virus totals 125. Nova Scotia Health Authority’s labs completed 2,254 tests on Saturday. Since October 1st,  Nova Scotia has had 44,909 negative test results, 200 positive […]