An Antigonish resident has made the long list for a national short story contest.  Anne Camozzi is the only writer from Nova Scotia the long list, in a 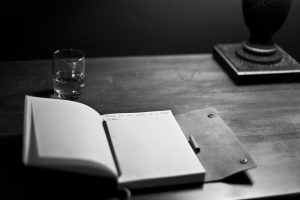 competition sponsored by the CBC.  Camozzi says she is honoured and humbled by the achievement.
Camozzi’s entry is called “The Great Caribou”.  It’s a short story adapted from a chapter in her upcoming novel and follows a settler woman in the 1870’s trying to hunt and feed her starving children.  She’s been working on the novel for 15 years and is close to finishing it.
The winner of the contest will receive six thousand dollars from the Canada Council for the Arts and a 10-day writing residency at the Banff Centre for Arts and Creativity.  The winning entry will also be published online.
The short list will be announced on Tuesday.

Earlier today, Central Nova MP Sean Fraser commemorated the national historic significance of Viola Desmond with a plaque unveiling ceremony at the former Roseland Theatre in New Glasgow. He made the announcement on behalf of the Honourable Steven Guilbeault, Minister responsible for Parks Canada.   A release from the government states Desmond, an African Canadian […]

There’s a sharp rise in the price of gasoline. The Utility and Review Board set its weekly petroleum prices overnight. Gasoline jumped by 8 cents a litre. The minimum price for a litre of regular self-service unleaded is now $1.72.2 in the eastern mainland and $1.73 on Cape Breton. Diesel is unchanged. That leaves the […]

The Hamilton Tiger-Cats avenged their 34-20 loss to the Toronto Argonauts last weekend, with a 34-27 win over the Argos tonight in Hamilton. Sean Thomas Erlington ran in a 23-yard touchdown to put the Ticats ahead 31-24 with just over three minutes left and the Argos were never able to tie the game up or […]