Antigonish County’s Warden says that there is no news regarding traffic lights at the Beech Hill Road intersection, but he’s hoping for something soon. After last 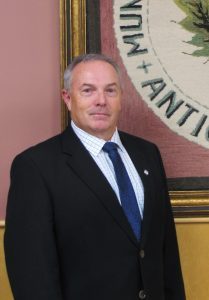 evenings council meeting, Owen McCarron said that transporation and infastructure renewal told the county that data from traffic patterns was gathered, and a report would be released in early 2018.

McCarron says he is waiting for the report so he can meet with the transportation minister to discuss options:
The intersection has been the site of many accidents, and residents have long been looking for improvements at the dangerous intersection.