Mayor Laurie Boucher said she is looking forward to the next four years.

With the municipal election wrapped up, Antigonish’s new council is set to be sworn in. Having 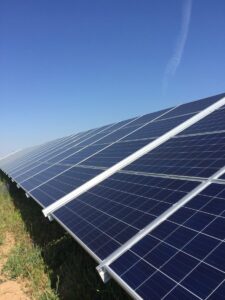 Mayor Laurie Boucher says one of the goals in council’s next term is to complete a solar garden project with the Alternative Resource Energy Authority.

been acclimated, Boucher said she has a number of things she would like to accomplish in the new term.

One of the big items Boucher mentioned, following council on Monday night, is being able to finish off the solar garden project with the Alternative Resource Energy Authority or AREA. Other objectives include working with StFX, working to maintain a low competitive electrical rate for the town, and trying to de-carbonize at the same time.

Boucher said another thing on the agenda is making Antigonish a destination for things like conferences, sporting events, and the like. She said Antigonish proved itself as a potential host for national events and they want to keep moving forward in that vein.