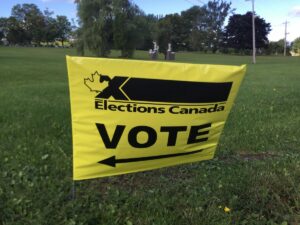 would see the realignment of the current Central Nova and Cape Breton-Canso ridings.

The proposed changes would see portions of Antigonish town and county currently in Central Nova become part of a new riding with Cape Breton and parts of Guysborough county, called Cape Breton-Canso-Antigonish.  Central Nova, to be renamed Pictou-Eastern Shore-Preston would retain Pictou County and the District of St. Mary’s and will push further west to include more portions of Halifax County.

Back in May, the commission heard from residents regarding the proposed changes, with many people wanting to keep the status quo.

When asked about the changes, Antigonish Mayor Laurie Boucher said people voiced their concerns but the commission made a decision and now they have to move forward. She said current Cape Breton Canso MP Mike Kelloway has always been good to the area, noting he already serves parts of the county.

Last week, Central Nova MP Fraser said there is still an opportunity through a parliamentary process to further register objections to the findings of the commission, adding his hope is he and others will be able to persuade parliament that the commission has not reflected the will of the community. Boucher said if the matter could be reconsidered, or even a revision to when the entire Antigonish area was a part of Central Nova, that would be great but it isn’t her decision. One way or the other, she said the area will be in good shape.