Antigonish native and NHL Linesmen Matt MacPherson is off to the league’s conference finals. 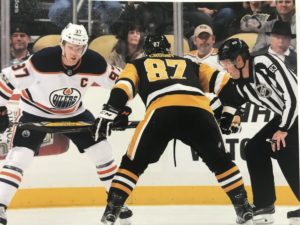 MacPherson is one of 16 officials named to the finals by the NHL. The conference finals are being played in Edmonton.

MacPherson has patrolled the lines in more than 600 NHL regular season games. He’s also officiated in 45 playoff games and one Stanley Cup Final