Sarah Armstrong, who spoke first, said her main two points of contention are with the 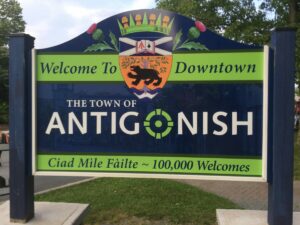 exploration process, which she called flawed and insufficient, coupled with what she said is a lack of public input though an open plebiscite.

The matter of a plebiscite came up during the council meeting, with members voting against a plebiscite by a score of 5-2.

When asked if she felt the council motion on the plebiscite came too early, Armstrong said she was hoping it would come a bit later in the process. With that said, she commended councillor Diane Roberts with bringing the motion forward.

Armstrong said even with the nay vote, there are a number of avenues for those looking for a public vote, noting residents can still request a plebiscite through the county and requesting a binding referendum. She said there are folks who are engaging MLAs and trying to get in touch with Municipal affairs and Premier Tim Houston to see what can be done through the province to alter the course.

Also presenting to council on the matter was Cindy Henderson, who asked council to take the time to listen and get it right, adding there is no rush.