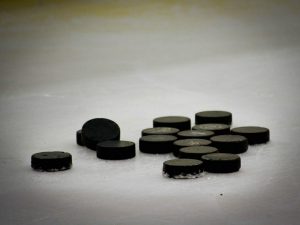 Axemen that resulted in 13 ejections, Atlantic University Sport is investigating.

Phil Currie, executive director with Atlantic University Sport, said they are following protocol for such incidents.  Curries said league commissioner Dave MacLean will review video, reports from the referees, and game sheets relating to the game on Saturday night. MacLean will take the appropriate action from there, said Currie.

Currie also said there are other issues relating to the incident that the AUS will look at closer and take a little more time beyond typical hockey related sanctions.

Currie said Acadia has a game scheduled for Wednesday, while the X Men play twice this coming weekend. Curries said they have to have some of the matters resolved by Wednesday.

When asked for a reaction to the event, Currie said such incidents are never good, adding this was the worst such incident they’ve seen in a while. He said the AUS does not condone such activity, adding they want to get to the bottom of the cause and address it as appropriately as possible.

St. FX has issued a statement, alleging the incident was instigated by a derogatory comment related to a sexual assault survivor and that X-Men centre Sam Studnicka was the target of the alleged comment.