Two first year basketball players are the St. FX Athletes of the Week. 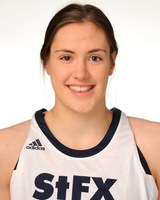 The female athlete of the week is X-Women Basketball forward Briar MacDonald. The Antigonish Human Kinetics Student played two strong games for the X-Women over the weekend. In Saturday’s loss to Memorial, MacDonald had a team high 19 points and added 7 rebounds, one assist and one block. On Sunday, she had her first double-double game of the season with 11 points and 10 rebounds. She also had an assist and two blocks.

The male athlete of the week is X-Men Basketball guard Avan Nava. 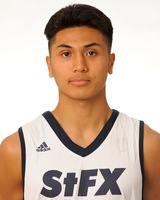