The St.FX Cross Country and  track coach has announced that this upcoming season will be his last following a 31 year career. Bernie Chisholm has led the St.FX Cross 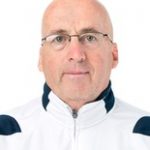 Country team to 17 AUS championship titles, including a national silver and bronze medal for the X-Men, and a bronze for the X-Women.   Chisholm led the X-Men Track and Field team to their first and only AUS Championship title in the 2013-2014 season.

Olympian and Antigonish native, Eric Gillis will take on a role of assistant coach this season. Upon Chisholm’s retirement, Gillis, a CIS cross 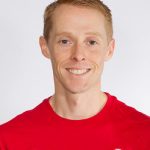 country champion with St. FX in 2003,  will move up to coach the men’s and women’s team.

At the Rio Olympics in 2016, Gillis  finished an incredible 10th overall in the marathon, posting Canada’s best result in the event since 1976.