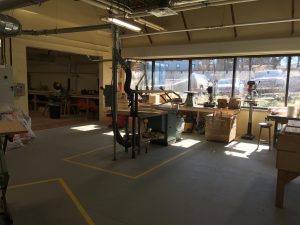 ecstatic about a provincial award.  Later this week, Teasdale and Legion General Manager Alex Cameron will accept the Recreation Nova Scotia Innovation Award.  It will be presented at the RNS annual meeting at Oak Island.  Teasdale says the CACL and the Legion were nominated by Town Recreation Director Tricia Cameron and regional manager of the Communities, Sport and Recreation division of the provincial Communities, Culture and Heritage Department Rae Gunn.  Teasdale says the award recognizes the two groups for collaborating in sharing the former National Philatelic Centre Building.

The CACL and Legion moved into the new space, to be known as the East Coast Credit Union Social Enterprise Centre earlier this year.