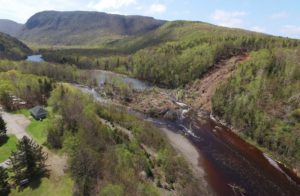 Park for its response to a devastating landslide on the Cheticamp River. The park has been awarded the 2019 T. B. “Happy” Fraser award for Atlantic Salmon Conservation.

On May 27th, 2018 more than 4-thousand tonnes of dirt and debris came loose and rushed down a steep embankment at the park, completely blocking upstream fish passage in the Cheticamp River. ASF President Bill Taylor says within hours, Parks Canada contacted the Cheticamp River Salmon Association and began 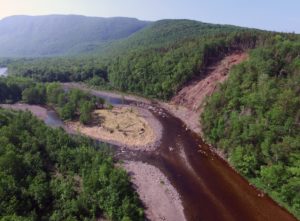 designing a rapid response to the landslide. Within 10 days, the material was removed from the river, allowing salmon to reach their spawning grounds.