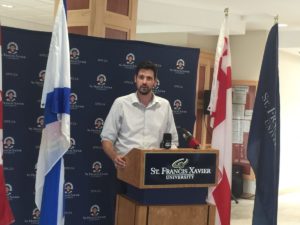 part to protect one another, it will set the stage for a successful economic rebound.

Fraser said the federal government will continue to look at ways of supporting households and allowing businesses get their feet under them. As for a longer term outlook, Fraser said he’s hesitant to mention specifics but it would be no secret to say they are looking at options around funding to help provinces cover child care costs.

Although there are federal and provincial initiatives helping lead the charge to protect residents, Fraser said everyone will have to continue to do their part and follow public health regulations.