Central Nova MP Sean Fraser was in Antigonish and Pictou County Tuesday to survey some of the devastation left in the wake of post-Tropical Storm Fiona.

Fraser said the federal government wanted to make sure it offered support, not just in the 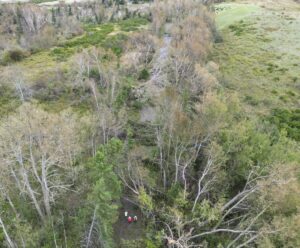 aftermath but also in the lead up to the historic storm. He said they deployed around 150 Canadian Armed Forces personnel , many of whom are now on the ground. Fraser also contacted provincial officials to ensure all available resources needed from the feds can be delivered in a timely manner.

Right now though, Fraser said, he and other officials have to be on the ground to understand the nature of the damage to better offer assistance to people facing urgent situations that require help. He joined Prime Minister Justin Trudeau in Cape Breton to meet with residents in affected communities and local officials.