Antigonish is getting a new distillery. 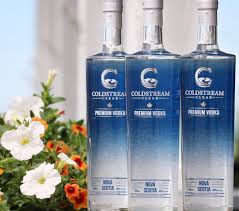 Split Crow site. Coldstream co-founder Riley Giffen said the site will feature a distillery for some of the various alcohols the company produces like vodka, rum, gin, and liqueurs, with people being able to watch the distilling and fermentaiton processes. It will also feature a tasting bar and retail store offering their spirits and their canned cocktails.

Giffen called Antigonish a gateway to northern Nova Scotia and Cape Breton, adding it still has a small town feel that the company is used to, having started in Stewiacke. The new location will also make it easier for the company to reach more people, as they have a wide array of products and they can’t have distribution for all of them right away.

Renovations to the site at 25 James Street are underway.

Giffen says they are working on getting the necessary permits, adding they hope to open early in the summer. He envisions there being 6-8 full-time equivalent jobs with the potential for more.