The AUS have announced their major award winners for the 2017 soccer season, and the number 2 St.FX X-Men are well represented. Midfielder Dan Hayfield has 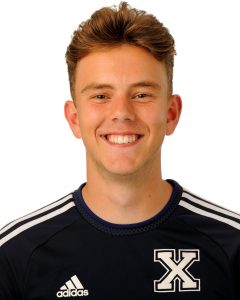 been named the 2017 AUS most valuable player. Hayfield led the X-Men to a 9-1-2 record this season and a second-place finish in the regular season standings.

Hayfield found his way onto the first team all star roster, along with defender Josh Read and Blake Fenton, midfield Natneal Tecle, and Keeper Thomas Pieroway. St.FX X-Men play their semi-final game on Saturday evening at the CBU pitch.