The X-Men basketball welcomed a new player to the program.

6-foot-3 guard Dondre Reddick will join the team for the 2019-20 season. Reddick recently 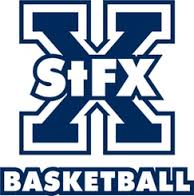 played at GTA Prep, an international basketball academy in Brampton, Ont. In the 2017-18 season he helped lead the team to the national championship game of the National Preparatory Association, averaging 12 PPG for the season. This past year he was averaging 18 PPG before being sidelined with an injury. Dondre has also represented Nova Scotia on U14, U15 and U16 provincial teams.

Reddick is familiar with StFX. His uncle is StFX Sports Hall of Fame member Trevor Reddick, who was on the soccer and wrestling teams and Dondre’s aunt Syna Reddick also played basketball at StFX.

He is enrolled in the Bachelor of Arts program.