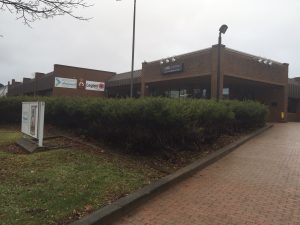 Ken Shea, president and CEO of East Coast Credit Union, said the Credit Union has always been a supporter of social responsibility. He said they believe in making a difference in their communities by being more than just a financial contributor.

Shea said the partnership created between the Legion and the CACL is unique and makes for a good opportunity for the community, adding he felt the project was a great fit for the East Coast Credit Union