There’s at least one more event on tap before we say goodbye to summer. 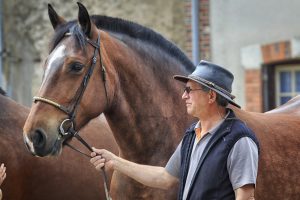 The 155th edition of the Eastern Nova Scotia Exhibition starts on Wednesday, 4-H day happening and the official opening set for 6:30 p.m., followed by 4-H award presentations and a hypnotist show with Ian Stewart at 8p.m.

Among the activities on Thursday at the youth singing competition at 6 p.m. and an ATV obstacle course at 8:30. Friday will feature the dairy show, as well as Ty Wallace entertainment at 6:30 p.m. and cyclocross racing at 8:30.

Events on Saturday will include miniature horse demonstrations, k-9 high flyer dog agility shows, Ashley MacIsaac and friends hitting the stage at 6:30 p.m. and tug of war at 9:15.

The exhibition wraps up on Sunday with barrell racing and pole bending, local entertainment in the afternoon, the tug of war championship pull at 4 and the maritime horse pull at 5 p.m. The midway will feature Hinchey rides and food vendors.

Shaun Smith, part of the planning committee for the event, said there is an education aspect to the exhibition as well as a chance for kids to have fun before school resumes in the fall.

Smith said the exhibition sees between 10,000 and 12,000 visitors over five days every year.