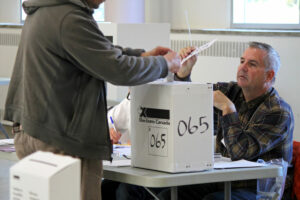 The commission is garnering public input over proposed boundary changes to federal constituencies.

Central Nova MP Sean Fraser says there are potentially significant changes to his riding.  Under the proposal, portions of Antigonish town and county that are currently in Central Nova would become part Cape Breton-Canso to be renamed Cape Breton-Antgonish.  Central Nova, to be renamed Pictou-Eastern Shore-Preston would retain Pictou County and the District of St. Mary’s and will push further west to include more portions of Halifax County.

Fraser says the deadline has passed for those wanting to present submissions at tonight’s public hearing, but there are still ways to provide input to the commission.

Written submissions will be accepted until June 28th.  Details on how to provide written input can be found on Elections Canada’s web site at www.elections.ca