Environment Canada is warning of the possibility of another storm headed our way. Forecasters 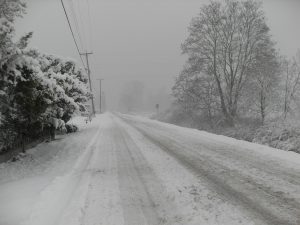 have issued a Special Weather Statement, saying heavy snowfall and strong winds are possible Thursday, with total snowfall of 10 to 15 centimetres; possibly higher for some regions. They say an intensifying low pressure system approaching from New England will move to lie near southwestern Nova Scotia on Thursday and will skirt the Atlantic coast before moving away Friday, giving snow to most areas of the province. It will also be windy with maximum gusts of 70 kilometres an hour, possibly higher for Cape Breton.

High waves and storm surge may affect the southern Gulf of St. Lawrence and Cape Breton Island on Friday. This could potentially cause some coastal flooding and overwash on north facing shorelines of the eastern mainland and Cape Breton during high tide Friday morning.