With the Nova Scotia Special Olympics Games set for Antigonish from July 15-17, Special 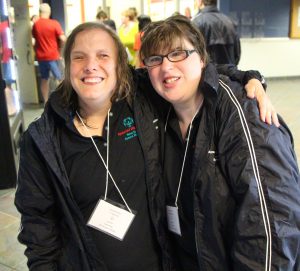 Olympics Nova Scotia president and CEO Mike Greek said the event will not only invigorate Special Olympics but also provide a fun event in which the whole area can partake.

When Antigonish hosted the National Special Olympics back in 2018, Greek said the community embraced the event. Being back in Antigonish for the first games since the pandemic, Greek there is a lot going on behind the scenes to bring the games to life.

Greek said volunteers will be in town a few days ahead of time for final preparations before the games kick off, adding the opening ceremonies will begin at 5 p.m. on July 15. Organizers previously said they average between 600-650 athletes per-games, accompanied by coaches and mission staff, putting them up to around the 1,000 mark.