The former Baddeck area summer home of inventor Alexander Graham Bell and his wife Mabel, Beinn Bhreagh Hall has been designated a national historic site. The 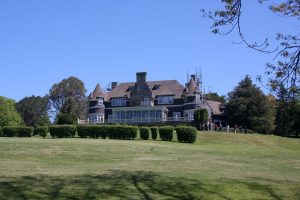 announcement was made by Sydney-Victoria MP Mark Eyking, who also announced that Mabel Bell will receive the designation of a national historic person. Eyking says Mabel Bell and the summer residence are significant pieces of Cape Breton’s vibrant cultural heritage.

Mabel Bell played a crucial role in her husband’s success as an inventor. She helped form and manage an aviation company, the Aerial Experiment Association, based in Baddeck. In 1907, the Bells and their assistants launched the Silver Dart, the first manned flight in the British Empire.

A public plaque unveiling will be announced later.