A New Glasgow couple have been displaced by an early 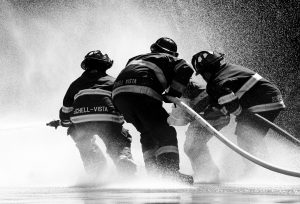 morning fire that damaged an older two-storey house they were renting in the town.The man and woman are being helped by volunteers with the Canadian Red Cross in Pictou County with emergency lodging, food, clothing purchases and some other basics.No one was hurt in the fire, reported around 8 this morning on Stewart Street. The cause of the fire is being investigated by the New Glasgow fire and police departments.