A runner turned author is launching his first book where his varsity career began. 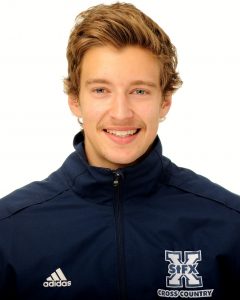 Former StFX cross country runner Alex Cyr is unveiling his book, Runners of The Nish, with an event at the Loney Lounge on Sunday. The event will begin with an all-ages, all abilities community run at 10 am, followed by refreshments and a book signing at the lounge at 10:30. Cyr and current X cross country coach Eric Gillis, who wrote the foreward for the book, will be on hand.

Cyr stated the book follows the StFX cross country men’s team through the 2016 running season, describing it as an exploration of the world of distance running and varsity cross country.