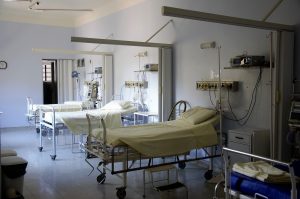 Capers4health are organizing a bus trip to the Canso Causeway, a march across the Causeway, and then a rally in front of Health Minister and Antigonish MLA Randy Delorey’s constituency office in Antigonish on Friday. Gordon Macdonald, one of the organizers, said they are hoping to get some answers from Delorey regarding healthcare in Cape Breton. Over the summer, the Liberals announced the closures of two CBRM hospitals and upgrades for two others.

Macdonald said he hopes Delorey will be present.

A release from the organizing group stated proper arrangements have been made with the RCMP and there will be traffic delays at the Canso Causeway. The busses are expected to arrive at the Causeway at around 11:30. The walk will start around 11:45 and is expected to take 30-45 minutes. During the two-hour rally in Antigonish, which is under a parade permit, a section of Main Street will be detoured. They expect to start the rally in Antigonish around 1:25 p.m.