Hockey Nova Scotia has a plan in place to get kids back on the ice.

Last week, the province’s governing body for hockey released its Rebound plan with the goal of 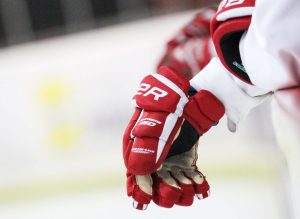 getting players back on the ice safely. Hockey Nova Scotia president Arnie Farrell said they based the plan on information from the Nova Scotia Health Authority, Hockey Canada, and the province’s return to sport guidelines.

Both Hockey Canada and the province reviewed and approved the rebound plan, which is now in the hands of the various community hockey associations. Each associations will develop their own plans, which Farrell noting the province is home to around 85 arenas, each with their own challenges, be it size, age, or number of players served.

As part of the plan, Farrell said players will likely have to come to the arenas dressed to go on the ice, dressing room management will be dictated by the arenas and each association will have to elect a safety rep, with Hockey Nova Scotia providing training.  Hockey Nova Scotia also selected Dr. Tina Atkinson as its’ chief medical officer.

A copy of the Rebound Plan can be found by following this link: https://bit.ly/2ZCyaPe

There are 126 new cases of COVID-19 in the province and 103 recoveries.  Nova Scotia Health and Wellness department officials say 106 new infections are in Central Zone, nine in Eastern and Western Zones and two in Northern Zone. Premier Iain Rankin says the latest numbers are a reminder that while the province is on […]

Provincial Health and Wellness department officials are reporting 86 new cases of COVID-19 and 115 recoveries. There are 66 new infections in Central Zone, 11 in Eastern Zone, four in Western Zone and five in Northern Zone.  Premier Iain Rankin says he’s pleased with the declining case numbers, marking the first in double digits in […]

Nic Dowd deflected in T.J. Oshie’s shot 4:41 into overtime to give the Washington Capitals a 3-2 victory over the Boston Bruins in Game 1 of the first-round playoff series. The Capitals lost starting goaltender Vitek Vanecek to a lower-body injury early on, and backup Craig Anderson made 21 saves. Jake DeBrusk and Nick Ritchie […]