X-Women Hockey forward Maggy Burbidge is the STFX Female Athlete of the Week. Burbidge, a 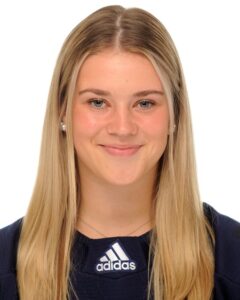 third year Arts student from Falmouth, NS had seven points in two road games this week, extending her season total to 29 points (17G, 12A) as she leads the country in both scoring and goals scored. In STFX’s 8-1 win over DAL on Wednesday, she had a goal and an assist, and followed up with a five-point game in their 7-0 win over STU on Saturday. Burbidge scored two goals and had three assists in that game and received player of the game honours. 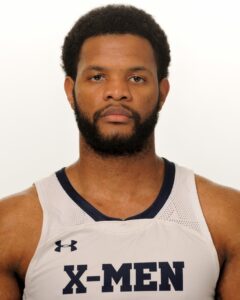 Athlete of the Week. Vernon, a fourth year Arts student from Hamilton, ON played two strong games for the X-Men in a pair of weekend wins over Memorial. In Saturday’s 121-63 victory, he scored a game-high 18 points and added a rebound, 2 assists and 2 steals as he received player of the game honours. He followed up in Sunday’s 78-72 win with 13 points, 5 rebounds, 4 assists and a block as the first place X-Men improved to 7-1 on the season.