Two hockey players with very productive weeks on the score sheet are the St. FX Athletes of the week.

The Female Athlete of the Week is second year X-Women Hockey forward Tyra Meropoulis, who 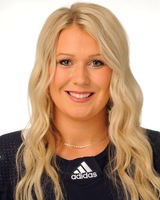 scored five goals in two weekend wins. She had a pair of goals in Friday’s 3-0 shutout of Moncton. Meropoulis also had a hat trick and an assist in Saturday’s 5-2 win over UPEI. 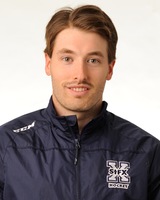 Defenseman Cole MacDonald, who had seven points in two games. He had four assists in Wednesday’s 8-5 win over Dalhousie. He also had a goal and two assists in Friday’s close 6-5 loss to UPEI.