Antigonish Liberal MLA Randy Delorey will be on the ballot in the next provincial election. 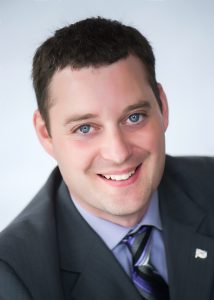 Delorey was acclaimed as the party’s candidate in Antigonish in a virtual nomination meeting recently.

Delorey was first elected MLA in 2013. He has held a number of cabinet posts in government including Environment, Gaelic Affairs, Finance and Health and Wellness. He is currently Minister of Justice and Attorney General. In the past year, Delorey also sought the leadership of the Liberal Party. Iain Rankin was chosen by party members as their new leader.

During his term, Delorey says there were several major projects he helped secure, including funding to upgrade Highway 104 in the area and nearly $60,000 to build a community and youth fitness centre in Paqtnkek Mi’kmaw Nation.

As Minister of Justice, Delorey introduced the Police Identity Management Act earlier this year in the Legislature in response to last year’s mass shooting in the province by a gunman who wore an RCMP uniform and drove a replica police cruiser.