Writer and former politician Clive Doucet is jumping back into the political pond.

Doucet, who lives in Grand Etang, is running for the Green Party in Cape Breton-Canso. The 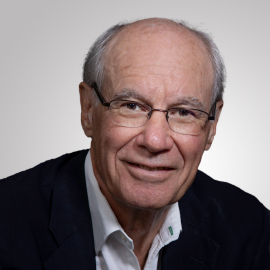 former Ottawa city councillor, who also ran for Ottawa City Mayor twice, says he can see the effects of climate change just by looking out his window of the Cape Breton home he built three years ago.

After having no intentions of running,  Doucet said he changed his mind after conversations with his family and Green leader Elizabeth May, who Doucet has known for some time. Doucet said he refused previous requests from May to run until now because the situation with climate change is too serious to ignore.

Doucet said electing a Liberal or Conservative effectively is the same as voters are telling Ottawa everything is okay in Cape Breton-Canso and nothing will change politically. He also thanked residents for their kindness while campaigning, noting he feels honoured to do so.

A local community group is working to give pups another safe place to play. Pictou County Pups is looking to raise $23,000 to fence-in the Tartan Field off leash dog park on Walker Street in New Glasgow. It’s the largest dog park in Picotu County, says PC Pups founder Anthony Smith, and the most centralized. […]

Beautification projects across the region received provincial funding this week. Municipal Affairs and Housing minister Chuck Porter has announced provincial investment of almost $630,000 in Nova Scotia beautification projects. Recipients of funding include the Municipality of the County of Inverness and Whycocomagh, which received $25,000 for the implementation of the Whycocomagh brand, signage, and streetscape […]

The 2020 edition of the IWK 250 Presented by Steve Lewis Super Race Weekend, originally scheduled for July 16 to 18, has been rescheduled for July 22 to 24, 2021. Prior to rescheduling the IWK 250 until 2021, management has been in continual contact with government authorities and also explored options to hold a scaled-back […]