For the second year in a row, a local initiative saw backpacks filled with schools supplies 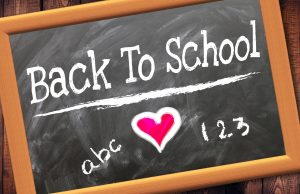 provided to kids in need.

Kenzie’s Backpacks, the brainchild of eight year old Kenzie Gormley, began last year when Kenzie was shopping with her mom for school supplies. Sherise Pettipas, Kenzie’s mom and administrator with Kenzie’s Backpacks, said Kenzie had the idea to collect some items to donate to kids in need and it grew from there.

Pettipas, said Antigonish’s Atlantic  Superstore proposed branching out with the assistance of other superstores to see if they can help more kids. Thanks to that partnership, Kenzie’s Backpacks provided 103 backpacks to kids in Antigonish, Truro, New Glasgow and Port Hawkesbury.

Kenzie said she liked the idea of helping out other kids.