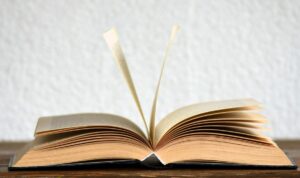 Anne Simpson captured the prestigious Thomas Raddall Atlantic Fiction Award for her third novel “Speechless”. In the book, rookie reporter Sophie MacNeil comes to the aid of a teenager sentenced to death for adultery under sharia laws.

Other local writers honoured include the late Silver Donald Cameron, winner of the Robbie Robertson Dartmouth Book Award for non-fiction for his book “Blood on the Water: A True Story of Revenge in the Maritimes”.