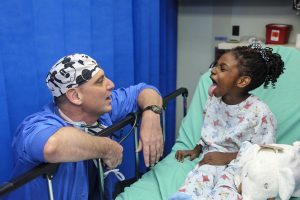 Dr. Jane Anne Howard, medical staff president at St. Martha’s, said as local physicians, they have a key perspective in trying to recruit and retain doctors locally. While there is a provincial recruitment plan in place, Howard said they are trying to think of local ways to complement the plan.

In the spring, physicians partnered in a workshop where a large number of the hospital’s medical staff tried to identify concerns with regards to physician health and sustainability. She said they then tried to pare that down to focus areas aiding the provincial recruitment drive. The doctors also engaged community members and stakeholders to join their efforts.

The group plans to showcase what the hospital and community have to offer at a “Hope and Dreams” event planned for September 2019. A release from the group describes the event as a fun- and food-filled celebration of the commitment to quality health care for the community.