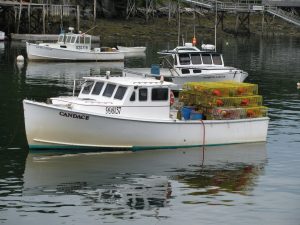 Gordon Beaton, one of the fishermen involved in the demonstration, said they are concerned with the moderate livelihood fishery as it’s being executed in Southwest Nova, with Beaton noting he understands it is supposed to start locally in the future.

Beaton said they want the government to uphold its responsibility and legal obligation to regulate the fishery. He says fishermen want to have a say in the ongoing negotiations between First Nations and the government in regards to the fishery issues, noting they feel with their input, more peacefully resolutions could be developed.

Beaton said the fishermen’s concerns are with the federal government and DFO, not with First Nations Communities.