Local libraries are looking to demystify the voting process.

Kristel Fleuren-Hunter, branch manager of the People’s Place Library in Antigonish and 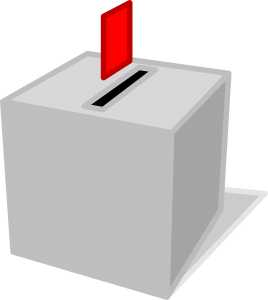 children’s services librarian with the Pictou Antigonish Regional Library, said imitation voting booths are going up in PARL libraries as part of the lead up to the federal election.

Fleuren-Hunter said the idea came up after meeting with John Beebe, who was visiting the Coady International Institute. Beebe, out of Ryerson University, was involved with the Democratic Engagement Exchange and was looking to get the program into some local libraries. Part of the program involves vote pop-ups, which includes a mock up of a voting booth with a ballot box, screens, and ballot templates.

The idea is to help people learn about the voting process and all of the PARL branches will participate. The vote popup also appeared at Antigonight and the Antigonish Food Security Eat Think Vote event.

Fleuren-Hunter said they also posted voter registration information with the popups. The federal election is set for October 21.