Running Back Malcolm Bussey is the St. FX Football Offensive Player of the Week. The first year 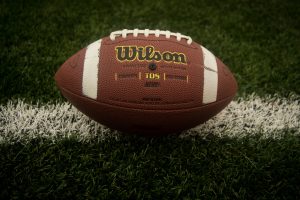 Arts student from Hammonds Plains led the X-Men in the 21-19 win over Mount Allison with 21 carries for 105 yards. He also had two receptions for 20 yards.

The Defensive Player of the Week for St. FX is defensive lineman Alex Fedchun. The fourth year Human Kinetics student from Calgary held the X-Men defense with 10.5 tackles and 7 solo tackles. He also had 3.5 tackles for a loss of 17 total yards.

The Special Teams Player of the Week is fullback Connor Ross. The fourth year Human Kinetics student from Coldbrook stepped in on short notice and played long snapper and punt return for most of the game in their victory over Mount Allison. He also had two tackles on special teams and also made a key block on the Mounties’ onside kick attempt late in the game. Ross had four receptions for 16 yards on the X-Men offense.