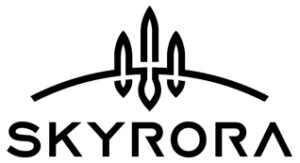 rocket it will use to deliver satellites into low earth orbit.

Maritime Launch Services, which announced plans to recently to begin construction of its facility, has signed a Letter of Intent to utilize Skyrora XL rockets at its spaceport.

In a release, Skyrora says the primary goal of this agreement is to supply launch vehicles for M-L-S clients as well as host their own satellite clients under a lease agreement.

Skyrora XL is a three-stage, small class rocket that can place satellites in low earth orbit between a range of 500 to one thousand kiloimetres, with a maximum payload of 350 kilograms. Skyrora is based in Edinburgh, Scotland with facilities located across Europe.

M-L-S also intends to use Cyclone 4M rockets, built in Ukraine at its facility near Canso, Little Dover and Hazel Hill.  First launch is expected in late 2024.