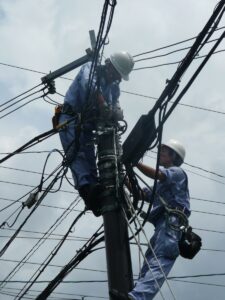 Town of Antigonish electric utility. Councillor Sean Cameron forwarded the motion, which was defeated by a vote of two in-favour, and four against.

The sale of the utility was a concern raised by some residents during the consolidation process. On October 20, Antigonish Town and Antigonish County Councils approved a motion to request the province consolidate the municipality of the County of Antigonish and the Town of Antigonish into one municipal unit through special legislation. Antigonish Mayor Laurie Boucher said when the guiding principles on consolidation were set and agreed two by both councils, the protection of the utility was included. Boucher said the utility is beneficial to the area, adding it is one of the reasons the town has the lowest residential tax rate of any town in the province.

Boucher said a letter was sent to the province asking for the special legislation, adding the matter will come up in the spring sitting.