The St. FX Football X-Men are looking for a new Defensive Coordinator.  The man who has held that position for the past four seasons, Bob Mullen, is leaving to become 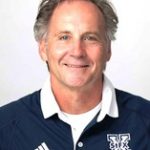 the Defensive Coordinator at the University of Toronto.  Mullen is recognized as one of the top defensive coaches in U Sports.

Mullen’s defense allowed 16.1 points per game, 129 points overall last season.  That’s fifth in the nation.
The X-Men are also looking for a new Offensive Coordinator.  Steve Snyder, who led the offense at St. FX  for the past three seasons, stepped down in December to become the Offensive Coordinator at Western University in London, Ontario.