Municipal councils have their answer. 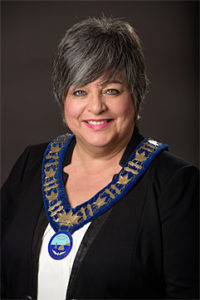 are going ahead. The department responded to concerns from the Nova Scotia Federation of Municipalities, which sent a letter to the department in April.

In the letter to the department, Nova Scotia Federation of Municipalities President and Yarmouth mayor Pam Mood said the federation’s board questioned if an election could take place. Mood stated preparing for an election will increase the operational burden on municipal staff who are already adapting to life under the current pandemic conditions.

With things like enumeration and canvassing being impossible, at least under the current circumstances, Mood said it was hard for her to imagine an election running smoothly.

By way of response, municipal affairs minister Chuck Porter stated municipal elections will happen in October, and encouraged municipalities to continue preparing for the election with the current public health protocols in mind.

Porter also recommended municipalities explore options including using provincial and federal voting lists instead of door to door enumeration and alternative voting methods other than or in addition to paper ballots, such as e-voting, over the phone, or voting by mail.