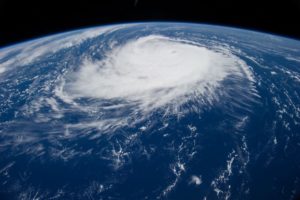 evening, talk around the council table focused on preparations for Hurricane Fiona which is expected to hit the area Friday night through Saturday.

Warden Vernon Pitts said that in talks with Nova Scotia Power (NSP), residents should expect power outages during the storm. NSP told the municipality that NSP crews wouldn’t be sent out to work on power outages until winds had diminished to 80 Km/per hour to support the safety of employees. Pitts said any work crews from the MODG would also not be sent out until the storm had diminished.

The MODG has been preparing municipal properties for the storm; checking on generator function, securing any loose materials, and preparing to open comfort stations if necessary.

Councillor Paul Long, who is also chair of the Guysborough Waterfront Development Society, told council that as of 4:30 p.m. yesterday, all but one boat had been removed from the Guysborough Marina. The remaining boat was expected to moor in a nearby sheltered cove to ride out the storm.