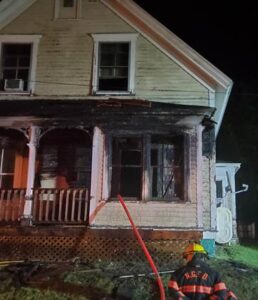 Police say the Pictou County resident has been charged with Arson, Mischief and Uttering threats. The woman will be appearing in Pictou Provincial Court on the charges on March first.

The charges are in connection with a fire at the home at around 11:10 p.m. on September 10th. The house had three apartments, one on the bottom floor and two on the upper floor. Only the upper two apartments were occupied at the time of the fire. No injuries were reported