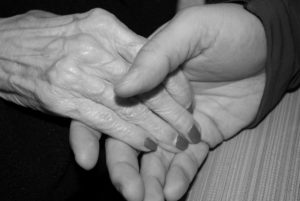 St. Martha’s Regional Hospital.  Assisted Deaths had been forbidden in a 1996 agreement with the Sisters of St. Martha, when control of the hospital was handed over to the province. However, the advocacy group Dying with Dignity had threatened to challenge the policy under the Charter of Rights and Freedoms now that medically assisted deaths have been legalized in Canada.
The NSHA’s Vice President of Health Services and Chief Nursing Executive Tim Guest says medical assistance in dying can now be accessed at  the Martha Centre, adjacent to the hospital.  The Martha Centre has been renamed the Antigonish Health and Wellness Centre.
Guest says the change respects the 1996 agreement with the Sisters of St. Martha, while at the same time ensuring that individuals could access the service in a facility.