The Nova Scotia Health Authority brought its regular board meeting to Antigonish Thursday.  One 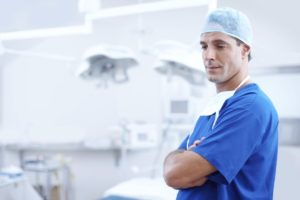 of the issues raised during the meeting was doctor recruitment.  The NSHA’s Vice President of Medicine, Dr. Nicole Boutlier says it was able to recruit 130 doctors last year, and they hope to have an additional 180 physicians working this year. She says so far this year 51 have started practice and another 48 have confirmed start dates.
Boutlier says efforts like the event at St. Martha’s Regional Hospital over the weekend where local residents formed a human chain around the medical facility are huge in assisting doctor recruitment.
The NSHA’s Vice President of People and Organizational Development, Carmel d’Entremont says it’s hired more than 440 new Registered Nursing graduates this year. Last year it was over 300.

Inverness District RCMP are asking for help from the public to identify two persons of interest following a theft from a shed on Lake Ainslie Chapel Road in West Lake Ainslie. On September 14th at approximately 7:11 a.m., a video camera shows a man and a woman gaining access to a locked shed. They are described as a […]