Nova Scotia Power is spending over $850,000 in equipment upgrades in Port Hawkesbury. The 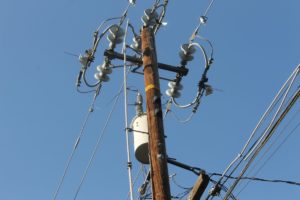 work is set to begin today and run for about two months.

A release from NSP states the work will involve replacing 32 power poles and upgrading equipment along Reeves Street, which they say will help reduce unplanned outages in the area.

Sections of Reeves Street will be reduced to three lanes of traffic Monday through Thursday each week from 7 AM to 5 PM and traffic control personnel will be on-site. They are asking motorists to stay attentive in the work area.

Rhodenizer said the current infrastructure is at the end of its expected lifespan, noting the poles  being replaced are around 40 years old.