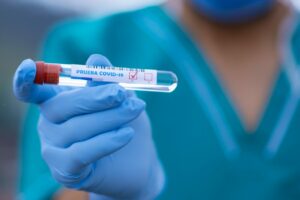 19 and 24 recoveries since the last update on Friday.  There were 32 new cases reported on Saturday, 29 on Sunday and 12 today.

Thirty-six of the new infections are in Northern Zone.  Thirty-two are close contacts of previously reported cases, three are related to travel.  One is under investigation.  There is a large cluster of linked cases in a defined group in Northern Zone.  Most of the group is unvaccinated, so more cases are expected.

Thirty-one cases are in Central Zone.  Eleven are close contacts of previously reported cases.  Nine are related to travel.  Eleven are under investigation. Department officials say there are signs of community spread among those in Central Zone aged 20 to 40 who are unvaccinated and participating in social activities.

Four cases are in Eastern Zone.  Three are related to travel.  One is under investigation.

Two cases are in Western Zone.  One is a close contact of a previously reported case.  One is related to travel.

The province’s chief medical officer of health Dr. Robert Strang says officials knew Nova Scotia would get cases in the fourth wave and like elsewhere, it’s among people who are not vaccinated.  He says this highlights the importance of getting the vaccine.  He says it’s the best line of defence against COVID-19.

There are 125 active cases of COVID-19 in Nova Scotia, four people are in hospital.